Here's a video of me reading from Pennsylvania Station at London's Royal Festival Hall, July 2018:

Born and raised in Reading, Pennsylvania, Patrick E. Horrigan received his BA from The Catholic University of America and his PhD from Columbia University.  He is the author of the novel PENNSYLVANIA STATION (Lethe Press), about an architect’s doomed effort to save New York’s grand old Penn Station from demolition, and the novel PORTRAITS AT AN EXHIBITION (Lethe Press), about a young man’s search for the meaning of life amid a gallery of old master paintings.  PORTRAITS won the Dana Award for fiction as well as the Mary Lynn Kotz Art-in-Literature Award, sponsored by the Library of Virginia and the Virginia Museum of Fine Arts.  He is also the author of WIDESCREEN DREAMS: GROWING UP GAY AT THE MOVIES (University of Wisconsin Press), an analysis of several popular films from the 1960s and 70s.  He has written artists’ catalogue essays for Thion’s LIMI-TATE: DRAWINGS OF LIFE AND DREAMS (cueB Gallery, London) and Ernesto Pujol’s LOSS OF FAITH (Galeria Ramis Barquet, New York).  His essay “The Inner Life of Ordinary People” appears in Anthony Enns’ and Christopher R. Smit’s SCREENING DISABILITY: ESSAYS ON CINEMA AND DISABILITY (University Press of America).  His one-act play, MESSAGES FOR GARY: A DRAMA IN VOICEMAIL, composed entirely of answering machine messages received by the activist and socialist scholar Gary Lucek, was a critically-acclaimed hit of the Third Annual New York International Fringe Festival.  With his husband, the actor and writer Eduardo Leanez, he co-wrote the solo show YOU ARE CONFUSED! about the relationship between a gay Venezuelan boy and his charismatic mother.  He and Mr. Leanez are the hosts of ACTORS WITH ACCENTS, a recurring variety show in Manhattan’s Lower East Side.  Winner of Long Island University’s David Newton Award for Excellence in Teaching, he is Associate Professor of English at LIU Brooklyn.  He lives in Manhattan.

Check out the trailer for Portraits at an Exhibition: 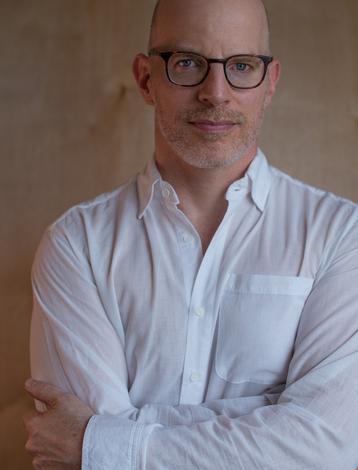